This year, NDP 2022’s show segment tells ‘The Story Of Us’ - the collective journey of Singaporeans over the last two years as we battled and gradually emerged from the pandemic together. More than 2,000 performers will participate in the live performance at The Float @ Marina Bay.

The five-chapter Show will pay tribute to the different sectors of society that have played a part in enabling Singaporeans to weather the pandemic. It will also celebrate the adaptability of Singaporeans who showed their resilience and pivoted to contribute in different ways when their industries were adversely affected.

Interwoven with the live performance is ‘Connections’, a film that shows the interconnectivity among individuals, families and communities who, though impacted by the pandemic in different ways, are united in their resolve to help one another tide over the crisis. It highlights the resilience and solidarity that Singaporeans have displayed over the last two years and shows how small acts of kindness can have big effects on those in need. Here are four key characters that will be featured in the film and read about their stories. 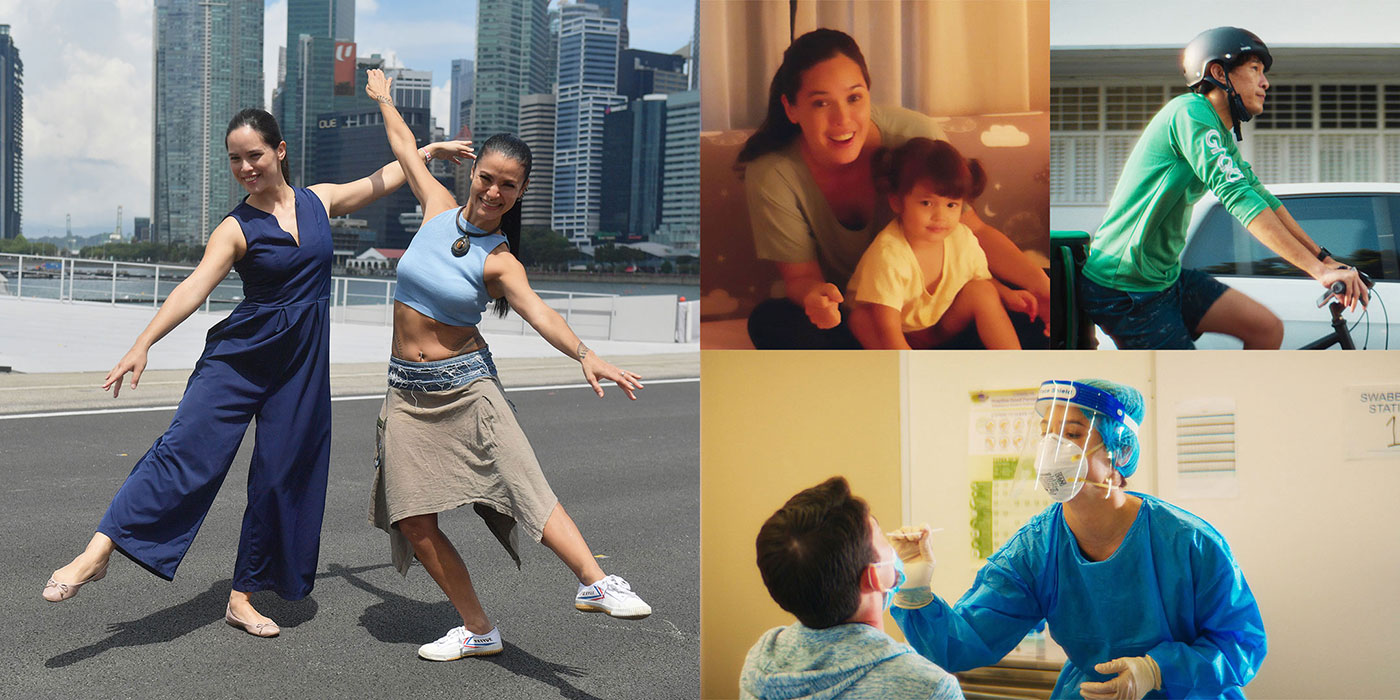 FROM STAGE FRONT TO FRONTLINE

When the pandemic led to the closure of theatres and entertainment venues, arts workers had to pivot and find other forms of employment. In this show film, Julie Wee plays a performer who trains to be a swabber during the height of the pandemic. This character is based on real-life dancer and frontline worker, Francesca Harriman.

When the pandemic first struck, Francesca was at a loss, having been a dancer for 30 years, this was all she’s ever known, how was she going to perform when shows and events had all been cancelled? When her friend told her that the Health Promotion Board was hiring swabbers, she decided to try it out and get trained for the job to support the nation in crisis. The most challenging part was the heat of being outdoors in full PPE wear testing people during the circuit breaker. She hopes that through this film, people understand that artists are indeed essential in every community to bring joy, hope and dreams to people.

Echoing the same sentiments, Julie, an actress, emphasises how important and essential the arts are. During circuit breaker, when everyone stayed home, they read books, listened to music, watched shows online and on TV. Julie reiterates - all the things that weighed us down during the pandemic were alleviated because of the arts. 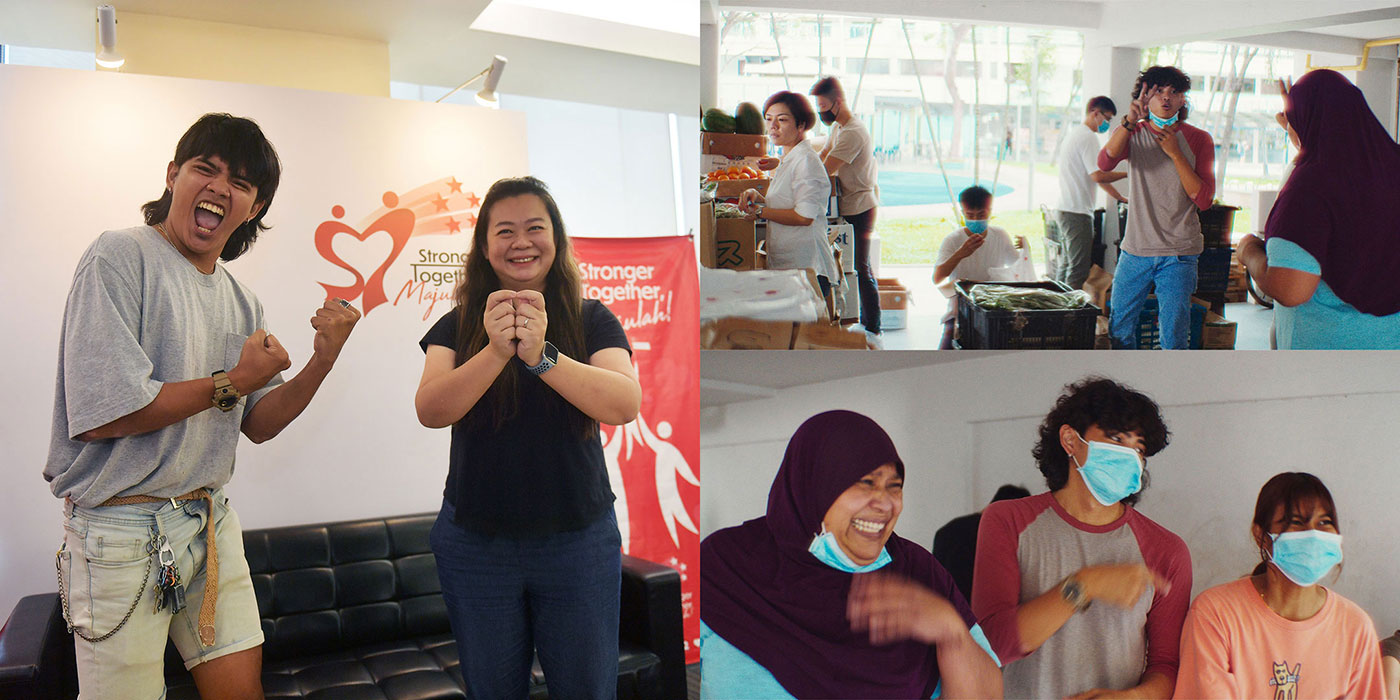 In this show film, Ammar Ameezy, a Deaf actor, plays a Deaf social worker and one of the volunteers who initiated the Beo Crescent food distribution programme during the pandemic. For Ammar, it was a wise choice to cast a Deaf actor to play the role of a Deaf character. There are many nuances that go into such a performance, which may lead a hearing actor to portray the Deaf character inaccurately, creating misconceptions about the Deaf community. Ammar plays a 16-year-old in the show film, when he is almost double that age. To get into the character of a teenager, he had to draw from memories of his youth.

Lily Goh is a Deaf arts and music practitioner signing for NDP 2022’s Virtual Choir Interlude. She hopes that this film will help to show Singaporeans that Deaf people are not to be pitied, that they can and will step up to contribute to our society in many meaningful ways. She notes that there are situations where Deaf communication can benefit hearing people as well, such as sign language used for communication of divers underwater, or the availability of captions or subtitles in foreign films. She would like to empower more Deaf people in the media industry to create content, as well as to break down barriers between Deaf and hearing people. 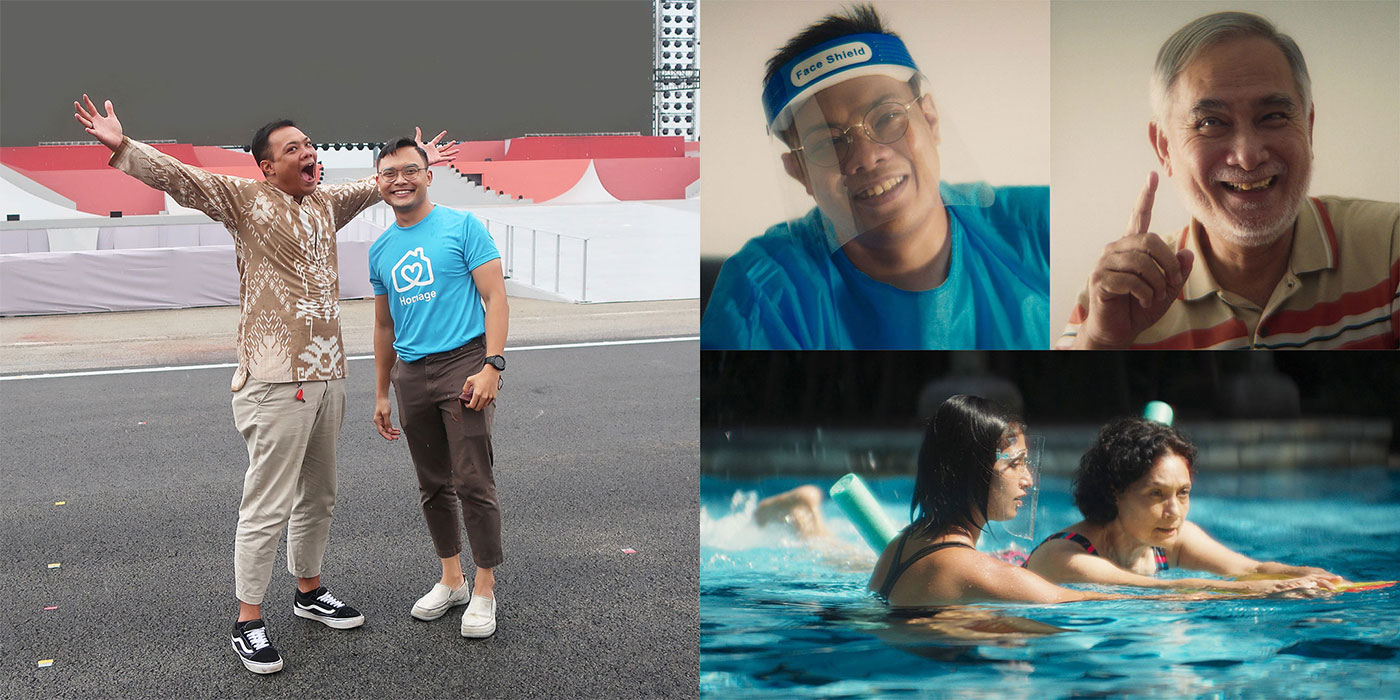 During the pandemic, homecare professionals proved invaluable in their care of the elderly. They not only took care of daily needs but offered comfort and friendship to their wards in a time of isolation. In this show film, Farez Najib plays Amin, a character based on real-life homecare professional, Asy’ari ‘Ash’ Asni of Homage Care.

Ash began his career as a homecare professional in 2017. He believes that everyone deserves to look good and feel good, and his job is a very tangible way to provide that to those who are unable to care for themselves. An elderly man with dementia once said to Ash, “I don’t remember your name, but I know you are my friend.” Seeing a smile on their face from the care he provides, is what gives him the motivation to keep going. Ash is grateful that this film shares his and many frontline workers’ stories and hopes that it will inspire more kind and compassionate people to become homecare professionals.

Farez, an actor, recalls feeling incredibly humbled when he was researching his role as a homecare professional, especially that there was an infrastructure in place to help the aging population of Singapore. To Farez, this story is just a small part of a whole tapestry of Singapore stories and is a testament to the resilience of Singaporeans. 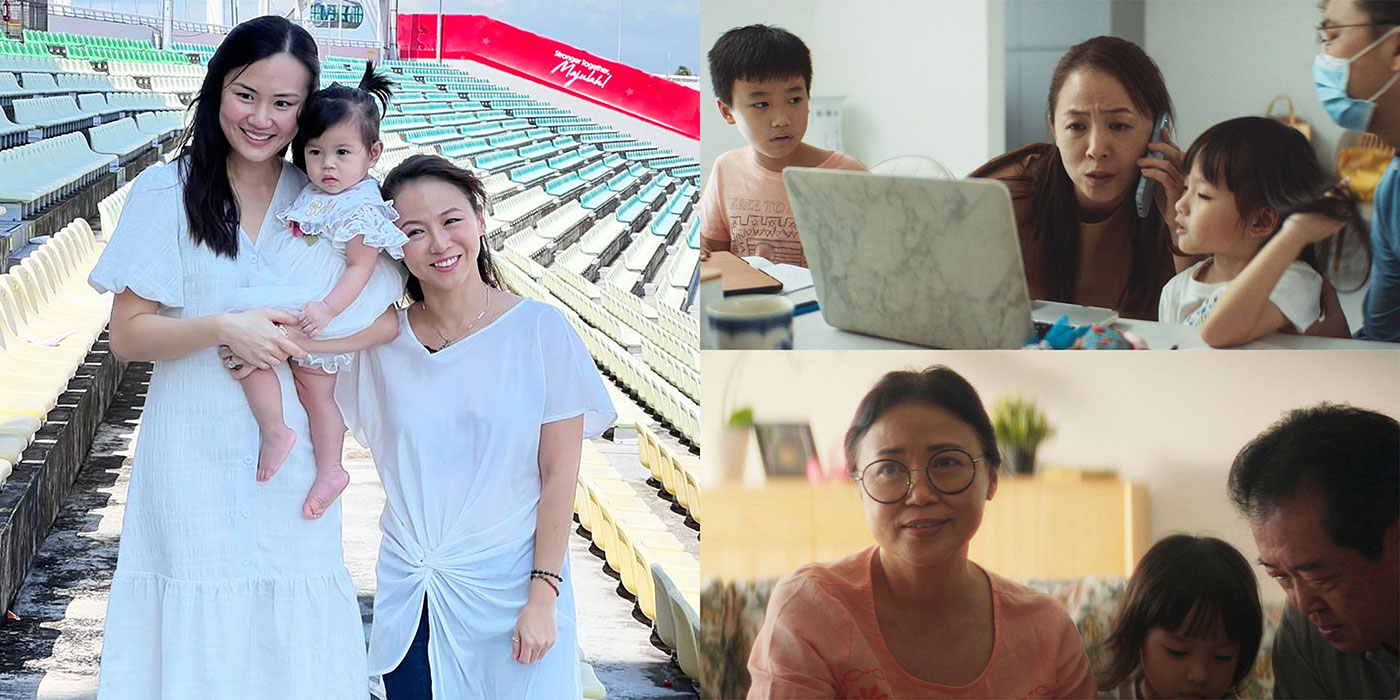 Teachers had to deal with the challenges of Home-Based Learning while taking care of their own families during the pandemic. In this show film, Adele Wong plays Xinyi, a character inspired by real-life teacher, Shuqi.

Shuqi has been a math and science teacher for the past 10 years. During circuit breaker, her husband took care of house chores and cooking while she cared for her 2.5-year-old son and 6-month-old daughter. Fellow teachers and mentors assisted in the transition to home-based learning through the use and education of online teaching tools. She believes that her inner strength came from the love of her family as well as her passion for teaching.

To get into her role as a pregnant mother and teacher during the pandemic, Adele, an actress, spoke to Shuqi, as well as numerous friends who were teachers. She notes that they all have the same positive, gentle, loving, and strong energy which she felt an instant connection to. Adele hopes that this film would show Singaporeans the humility and hard work of teachers, that even with families of their own, they step up to the responsibility of an educator and give their best for their students.

Behind ´The Story of Us’ is a group of talented individuals that has helped to tell the story of our everyday Singaporeans. 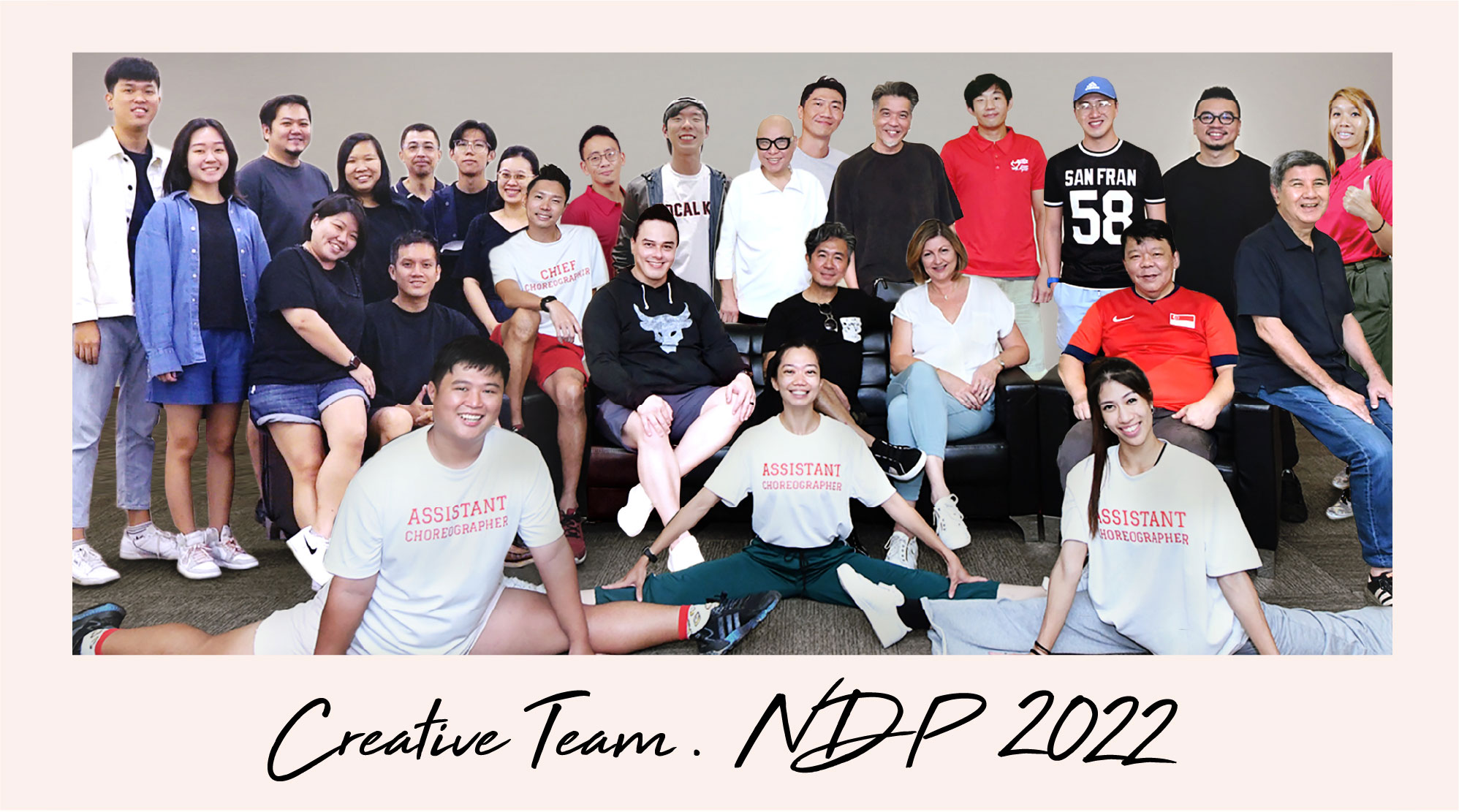